Ricoh announces the camera to deliver up to 24 hours*1 of fully spherical, 360-degree live streaming video

TOKYO and LAS VEGAS (CES 2017, South Hall Booth #26717), January 4, 2017－Ricoh today announced the camera capable of delivering up to 24 continuous hours of fully spherical, 360-degree live video streams. Being unveiled and demonstrated in Las Vegas at CES 2017, the camera and related technology will be sold as the Ricoh R Development Kit and be available in spring 2017.

Live streaming of fully spherical video is an emerging technology, with content creation, distribution and viewing still largely in their infancy. Following a series of beta tests with a diverse group of customers – ranging from a live concert produced by a leading entertainment company to an internet high school enrollment ceremony where students "participated" via live streaming video on virtual reality (VR) headsets – Ricoh has determined there is significant business potential for this new technology.

Applications for a compact camera capable of continuous, high-quality and fully spherical video streaming are wide ranging, and Ricoh anticipates the new technology will be embraced by industries including entertainment, gaming, education, scientific research, and many others. For this reason, it is initially offering the camera as part of a development kit to allow third parties to create applications that will enable its use in a variety of environments and industries.

Using Ricoh's original fully spherical imaging technology, the RICOH R Development Kit can live stream fully spherical 360-degree image in 2K resolution at 30 frames per second. A unique feature of the RICOH R technology is that the video is stitched within the camera in real time to the Equirectangular Projection Format, which is the standard format for fully spherical images. Video is then output via HDMI® or USB, and – by using an AC power adapter – continuous, live streaming up to 24 hours is possible. To keep the camera thin and lightweight, it records onto a micro SD card. 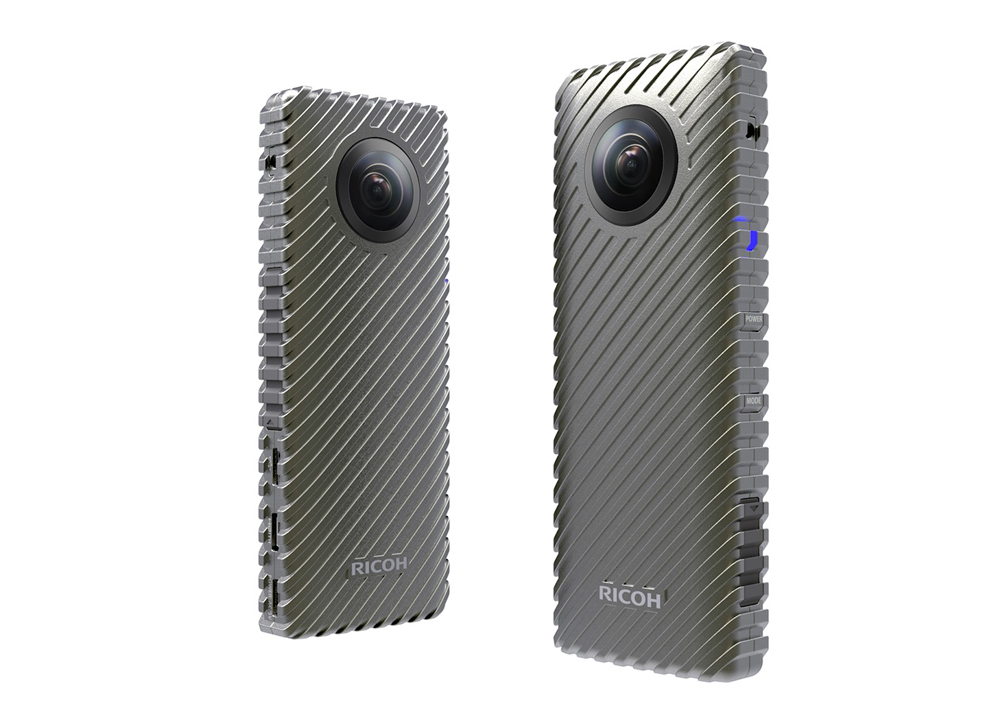 *2. This image is 3D CG. The actual product may be different.

HDMI, the HDMI logo and High-Definition Multimedia Interface are the trademarks or registered trademarks of HDMI Licensing in the United States and other countries.