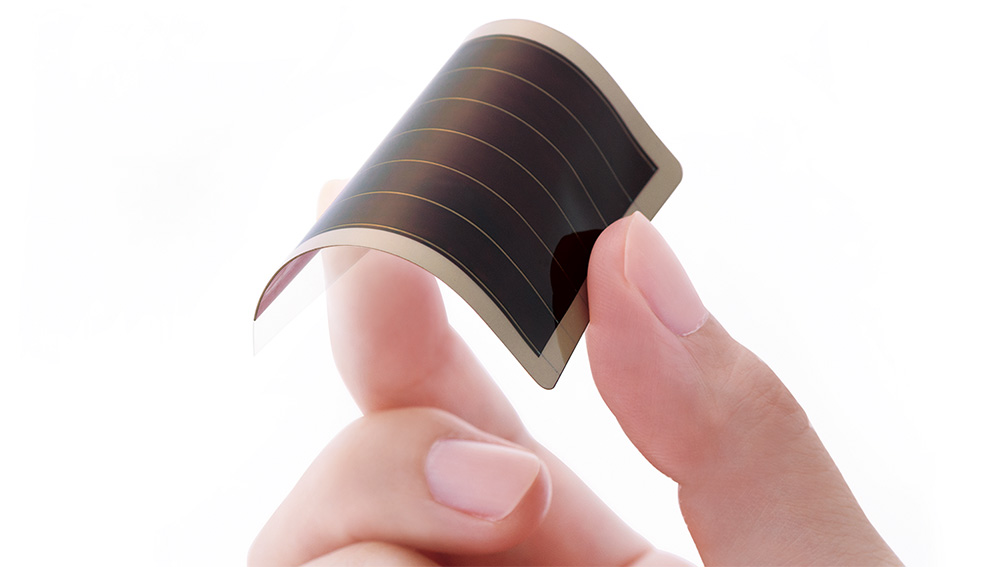 The “Internet of Things (IoT),” known as the fourth industrial revolution, is upon us. Today, many things are constantly connected to a network, such as sensors and wearables. A range of information is continuously accumulated and stored, and big data is utilized for social and economic activities. The trend is accelerated by the launch of 5G, the fifth-generation mobile communications standard, which has enabled ultrahigh-speed networks where large volumes of video and audio data are delivered instantly. The next-generation IoT society is just around the corner, ready to be implemented on a full scale.

Energy supply is crucial to building an IoT society. There is rising demand for stand-alone power supplies adaptable to any living space by being compact and lightweight, requiring no routing or maintenance.

Eyes are on solar cells as stand-alone power supplies because they generate energy wherever there is light. Amorphous silicon solar cells*1 are known for their power generation performance even under weak light conditions, such as indoor lighting. Its power generation capacity, however, is insufficient.

Ricoh launched the world's first solid-state dye-sensitized solar cells , the RICOH EH DSSC series, in February 2020 and is now offering it as an independent electricity source required by IoT society. This stand-alone power supply can efficiently generate electricity from weak light sources such as indoor lighting. It can be used in a wide range of temperatures from -30°C to 60°C, making it suitable for indoor equipment.

The RICOH EH DSSC Series are employed in many products, including RICOH EH Environment Sensor D101, SMART R MOUSE, and the LOOPLINE T1 desk with built-in batteries. Their power generation performance under weak light has been well-received.

Customers interested in the RICOH EH DSSC series have asked for a thinner, lighter, and wider illumination range, which prompted us to develop further.

Ricoh has developed a next-generation solar cell that achieves high-power generation performance which comes as a flexible film that is hard to break thin, light and bendable. It efficiently generates electricity under weak light, ranging from indoor lightings to in bright areas near windows or outdoor shade. 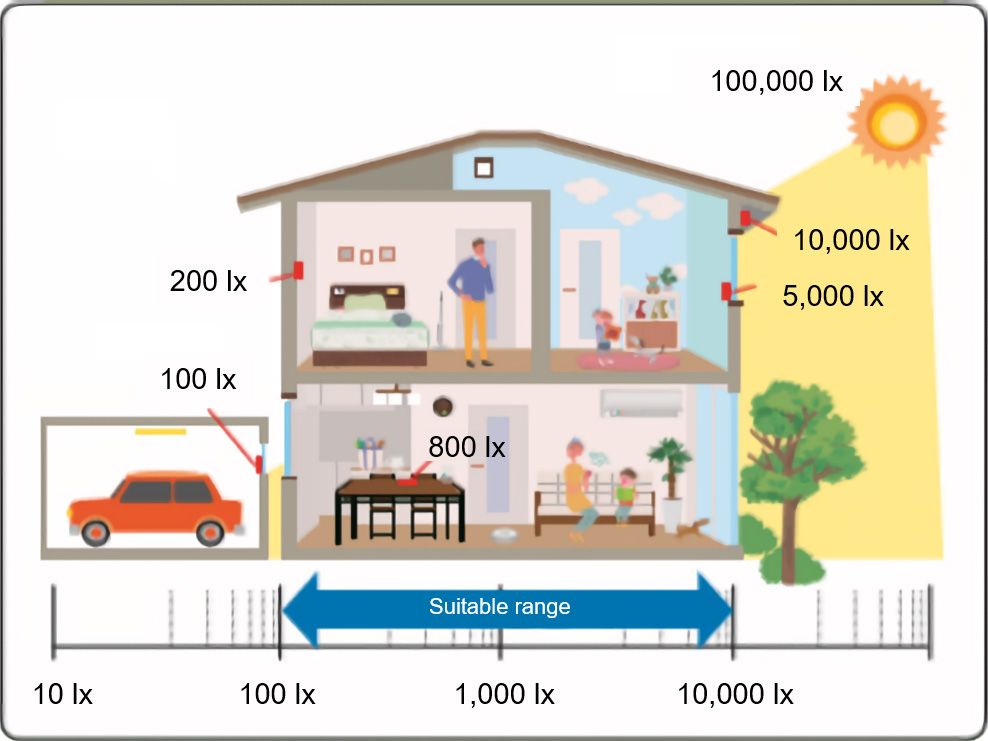 The flexible energy harvesting device is an organic photovoltaic thin-film solar cell. It has the stratified structure shown in the figure below. 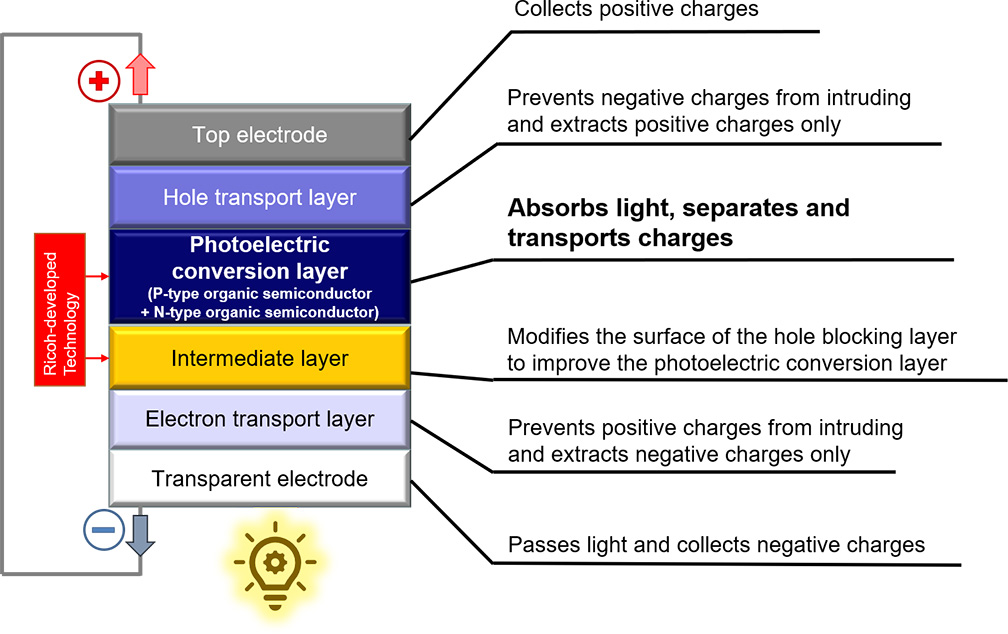 The organic device has been designed and optimized to achieve high efficiency and durability; Ricoh's proven technology was used to produce the material of the intermediate layer (buffer layer) and control interfaces. 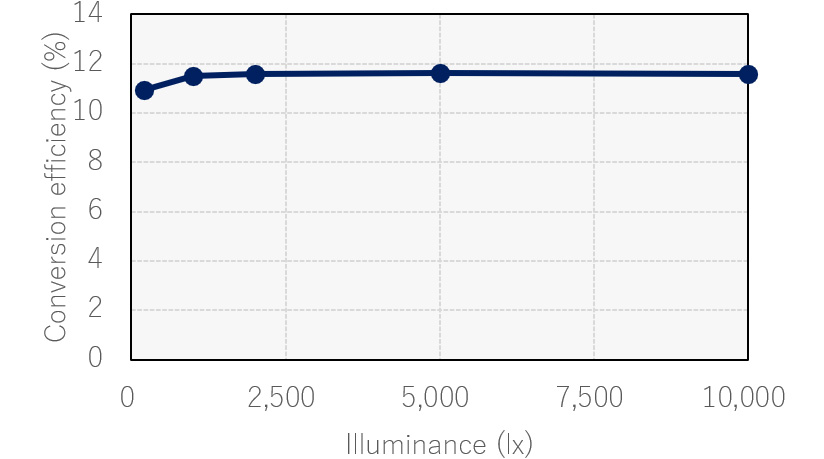 The device sustains a high output in a prolonged exposure test under high illuminance. 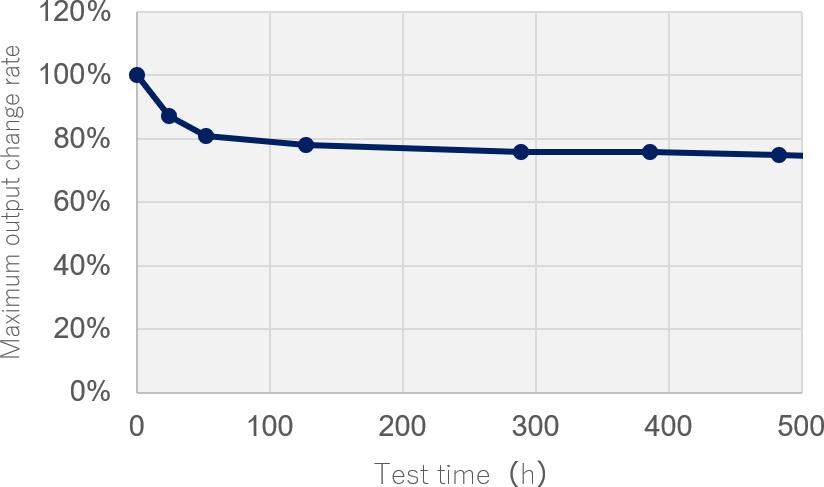 Ricoh's flexible energy harvesting device does not experience rapid power drops even when a cell is partly shaded. 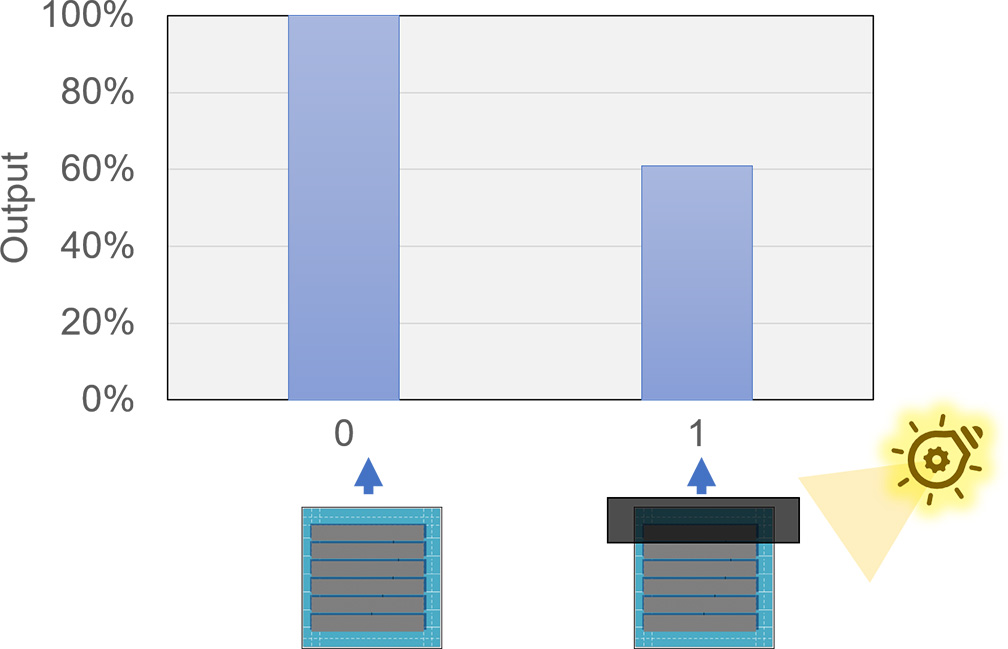 Output and the number of cells shaded

Ricoh strives to expand applications of the flexible energy harvesting device to sensors, terminals, and beacons. Its flexibility and lightweight are suitable for wearables and portable beacons. Its adaptability to a wide range of illuminance could be leveraged for sensors that monitor infrastructures such as roads and bridges and also for traceability sensors used in logistics and traffic analysis.

The technology has been adopted by a part of the A-STEP (Adaptable and Seamless Technology Transfer Program through Target-driven R&D) of Japan Science and Technology Agency since 2020. Ricoh will proceed with further development in the pursuit of further increasing efficiency and making the flexible energy harvesting device available to many applications in society.