Owing to the development of ultralow-power consumption LSI (Large-Scale Integration) chips, various electronic components like sensors can be driven by a weak electric power source. Therefore, stand-alone power sources which allow power generation without any external power are expected to be put to more practical uses. Thus, all eyes are on energy harvesting technologies to generate power from ambient energy, including light, heat, and vibration.

Among stand-alone power sources, solar cells are a promising candidate because they generate electric power anywhere provided there is light. Amorphous silicon solar cells(*1) are known to generate relatively high electric power under weak light, such as indoor lighting. Yet, the electric power generated is still insufficient for several reasons, including the overall output.

Thus, the dye-sensitized solar cell (DSSC) comes into the limelight as a next-generation solar cell, which is capable of generating power efficiently even under scattered light or indoor lighting. A general dye-sensitized solar cell uses the absorption of visible light by a dye in order to generate electric power. It is made up of a transparent conductive substrate which has a porous layer consisting of nano (a billionth) titanium dioxide particles, a glass substrate which has metal film and an iodine electrolyte encapsulated between these substrates.

The DSSC has its own challenges: power generation efficiency needs to be improved further, and the liquid electrolyte poses a risk in terms of safety (iodine and organic solvents can be volatilized and leak) and durability (the electrolyte can peel off the organic dyes adsorbed on titanium dioxide). These issues have held back the DSSC from being taken to market.

Ricoh has however solved these issues by applying its organic photoconductor technology developed for its multifunction printers (MFPs). Ricoh has developed a DSSC consisting of only solid-state materials such as the electrolyte. The solid-state DSSC is characterized by the hole transport layer, which consists of an organic p-type semiconductor and a solid additive. This solid-only structure poses no risk of corrosion or health hazards due to electrolyte or iodine leakage. The technical issues with general liquid-state solar cells have been resolved. 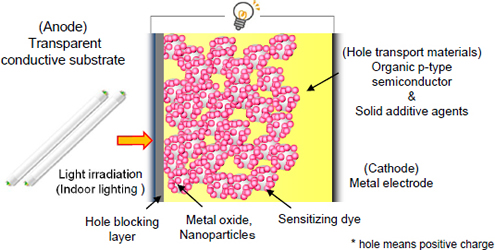 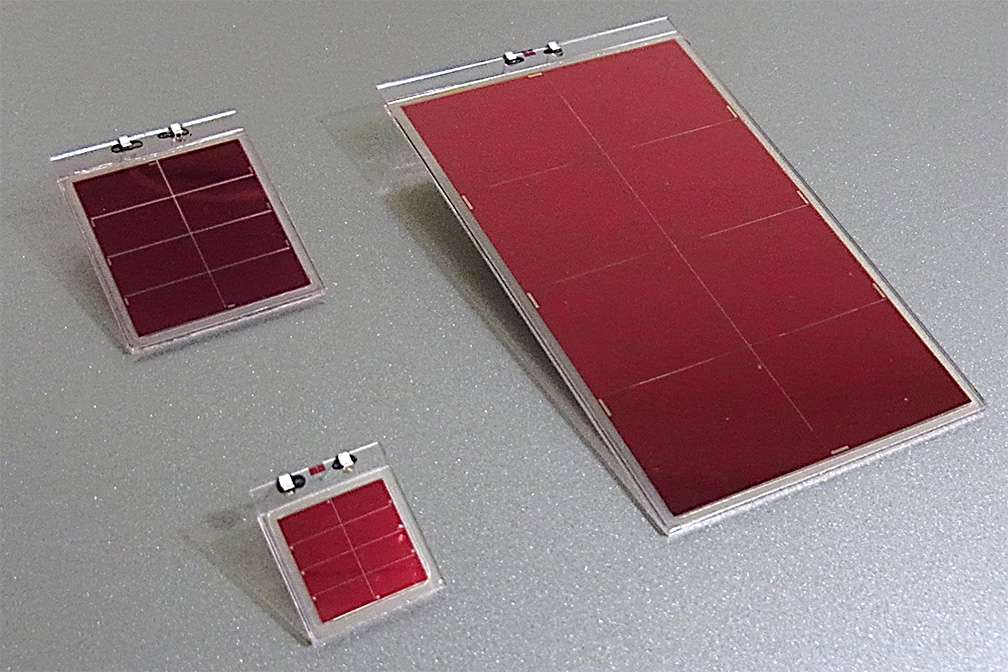 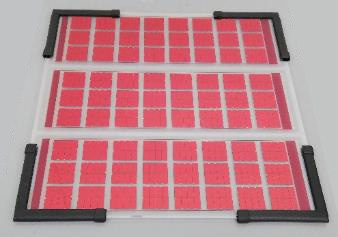 People have increasing expectations of the IoT (Internet of Things)(*3) era. Ricoh believes that stand-alone power sources based on ambient energy (energy harvesting devices) will be increasingly significant. With a large number of sensors, changing conventional batteries would be time consuming and costly, making it even more important that sensors can obtain power from their surroundings. The same thing applies wherever regular power sources are unavailable. With its high power generating performance and high open circuit voltage, the solid-state DSSC module will efficiently charge secondary cells. Even under low illumination intensity, the DSSC module will work as a photovoltaic power supply for sensing devices, illuminating devices such as LEDs, and switches (see Figure 6). 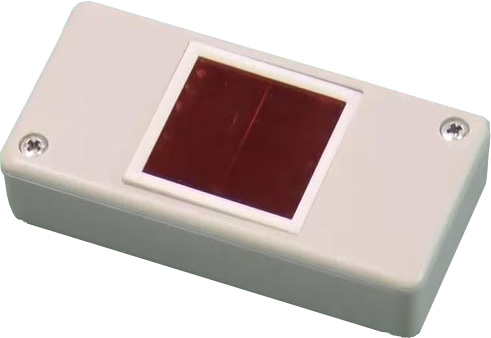 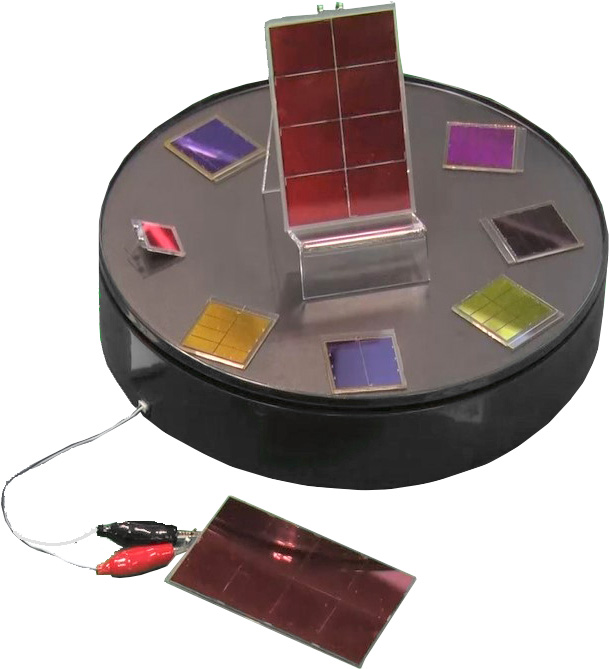 Figure 6: Sample implementation on a sensing device and a photovoltaic power supply

Ricoh is committed to expanding applications of the solid-state DSSC as a photovoltaic energy harvesting device.

(*2)
Organic p-type semiconductor: An organic material having broad conjugated bonds (overlap of electron orbit of adjacent nucleus in molecule), which can electrify by moving electron holes (positive charges) on an electron orbit.

(*4)
IoT: As the Internet of Things (IoT) grows, increasingly everything will come equipped with sensors and telecommunications functions, and big data analysis of large amounts of intelligence emitted by sensors will be conducted.

No one was more surprised than we by the overwhelming expectations from the market.