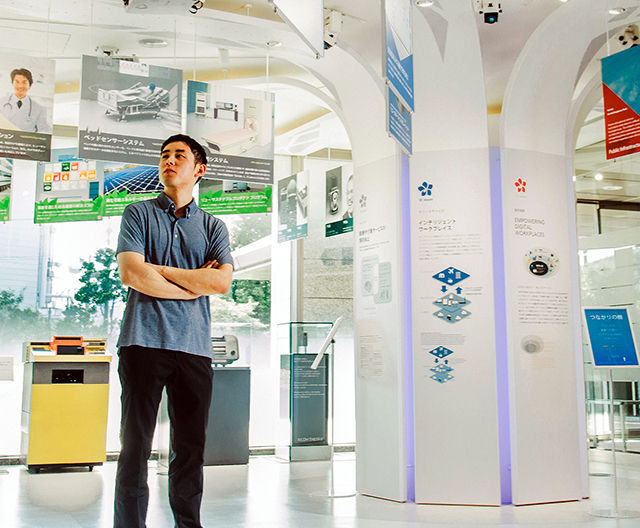 Designing the experience itself

New headquarters: Creating a new space to connect Ricoh and the customer

In January 2018, Ricoh moved its headquarters to Nakamagome in the Ota ward of Tokyo. For us, a deep connection to this area exists as it is the place where founder Kiyoshi Ichimura first set up a full-fledged system for camera production. So the move truly represented a return to our roots as well as a reboot. It was four months before the move that I was assigned to work symbolic of timing of the move itself.

That work was the project to create, between the entrance and the main building 1F reception area, a display space to tell people about Ricoh. The only thing that had already been decided was that we would use a designated location. With nothing else predetermined, I thought that the headquarters reboot could be a good chance to rethink the company’s past use of company display space.

The project’s core members were four people from the Integrated Design Center. Not just participating as a product designer I was also in charge of art direction, from display concept creation to graphic design. Thinking about the value of my own experience as someone who joined the company five years earlier, and carrying a strong sense of responsibility that this could become a space that would impact someone’s impression of headquarters, I sought out free moments to devote to project tasks, which proceeded in parallel with my regular product design work. 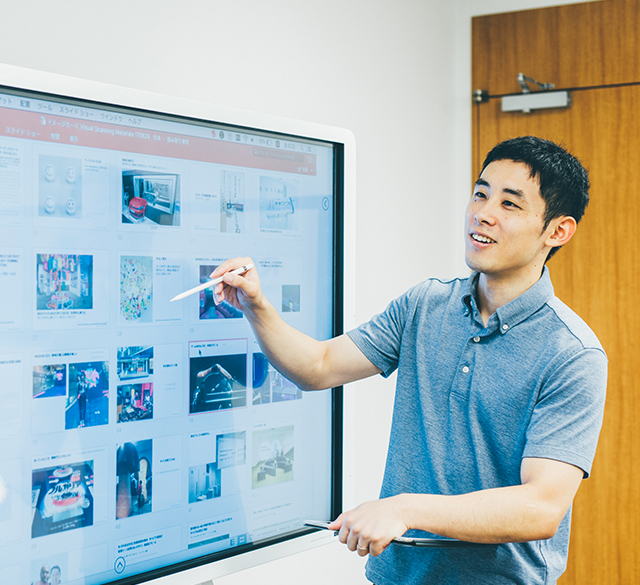 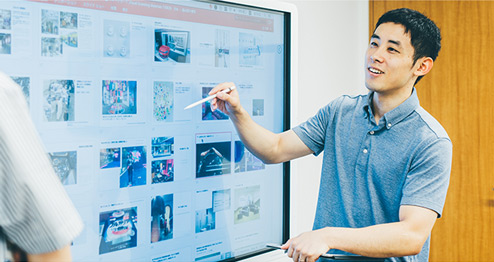 Expressing “time” using a tree as a metaphor

September 2017. In the first two weeks, I decided on two goals for the display. The first was to make it a display that would spur customers to think “I want to see that.” An investigation of company showrooms showed me that, as a general rule, they are overly formal and specialized and, as a result, difficult to approach. No matter how complete the content is, the display is meaningless if no one looks.

My second goal was to create in customers the expectation and anticipation that “If we work together with Ricoh, things should go well.” I think this is a new concept that was not considered in past displays. Looking at things from the perspective of the customer, we thought long and hard about the question: “What kind of mental state do we want customers to end up in as a result of looking at the display?”

The next thing that we did was to organize the Ricoh “business, service, and message” information that would become the display content. As a way to communicate this information in a single flow, we introduced the concept of time: “past, present, and future.” The concept of time then made me think of the keyword “growth.” This brought to mind the image of a tree, leading me to propose using “tree” as a metaphor in the display space. The result was that the “form” of Ricoh was superimposed on a single, continuously growing tree.

The display shows business and service categorized as “past, present, or future” using each branch growing from an object modeled after a tree. The leaves hanging from the branches are panels showing a variety of projects. By moving around the tree and lifting up their eyes a bit, viewers can see Ricoh’s past and future as a single story.

Incidentally, the use of the tree metaphor for the display space is also directly connected to the aforementioned two goals. The fact that the appearance differs from conventional displays that just string together pictures and text serves to invite interest as customers ask themselves, “What is that thing?” In other words, they are spurred to feel, “I want to see that.” Then, rather than starting with the past, the order proceeds as “future, present, past.” With this structure, we sought to create not just the desire to see the display, but also an exciting sense of expectation and anticipation. This unprecedented design concept was very well received when it was presented to the management team. 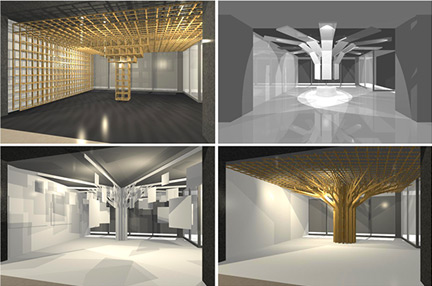 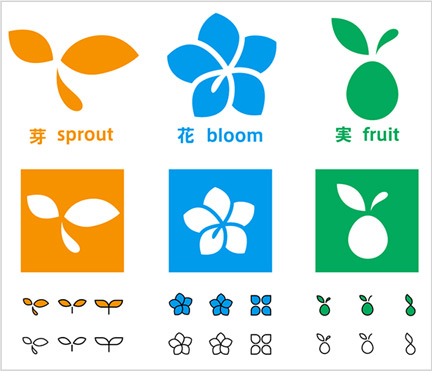 A total commitment to customer experience

What we were totally committed to was making the display easy to understand for the viewer (visitors from customers, vendors, etc.). For instances where there is a need for someone to give an explanation, we also focused on making verbal communication easier by considering such things as the sequence to be used, and we considered how the scope of subsequent talk between visitor and explainer could be expanded as a result of the visitor’s viewing of the display. This way of thinking is identical to the Ricoh product design process, which constantly seeks answers to questions such as: Who will use it? How will it be used? What benefits will be generated?

In order to realize our goals, we came up with a wide range of ideas. For example, making each product category (office products, etc.) instantly identifiable by using different colors and a different design for the frame surrounding the display panels. As metaphors linked to the tree metaphor, a blooming-flower illustration is used in the corner showing the present and a sprout illustration is used to represent the future. Since the text and illustration images become linked in people’s minds, the content becomes easier to envision than is the case for displays that rely only on text. In addition, the written information itself was kept relatively simple so that the person giving the explanation can concisely communicate in a limited amount of time. When we asked the relevant departments to do the writing, we instructed them to narrow the content down to essential points and then prepare text that communicates the essence.

Expanding the possibilities of the designer

Since joining Ricoh, concurrent with my work on product design, I have also created many graphic designs for shop displays and posters for the THETA 360° spherical imaging camera. A key feature of the Design Center is that it has an environment which enables the creation of product-centered designs across a wide range of domains. The recent display space design represents the culmination of efforts steadily expended on each individual project up to now.

Through this project, I have become interested in the act of “creating experience itself.” This concept is an extension of product design, and I think I will be able to put it to practical use by bringing innovation to office products. Ricoh is a company that enables designers to expand their possibilities. At least that is what I personally have experienced. 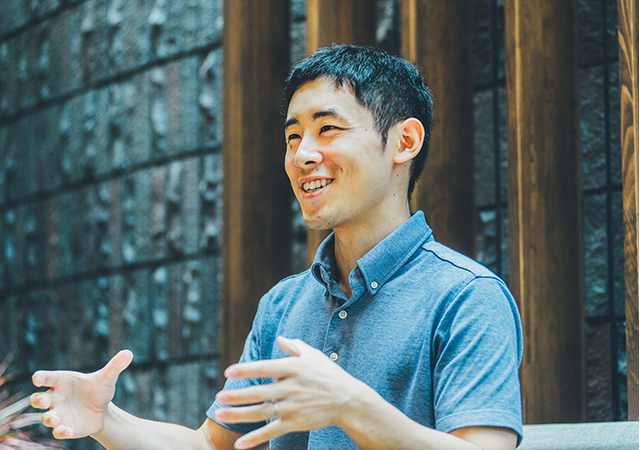 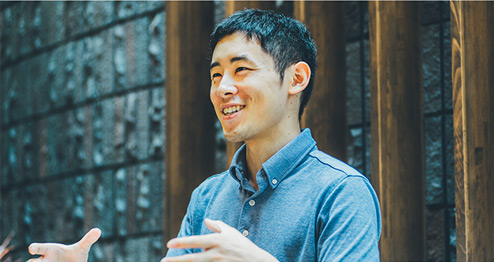 One day of Ryuichi Shirane

9:30
Engage in discussions in design area and via videoconferencing