Agglomerated Abrasive Grain is a new polishing technology developed to achieve high surface quality and high polishing efficiency concurrently. It can be applied to workpieces ranging from hard brittle materials*1 such as optical glass and silicon wafer, to soft materials like polycarbonate (PC) resins. Beyond that, this new polishing technology is also environment friendly and can substantially reduce effluent discharge, since only a small amount of water is needed during process with no chemical solvent required.

*1
Materials are hard but weak under impact. Glasses, stones, ceramics, etc. fall under this category.

An agglomerated abrasive grain is a spherical grain that is aggregated without using binder (bonding agent), from nanoscale (1/1 million-mm size) oxide ultrafine particles (Fig. 1A) and made the diameter of a large bead of micron scale (1/1000-mm size) (Fig. 1B). Cohesive force among the ultrafine particles is controlled to make the whole grain wear gradually, bearing working points refreshed spontaneously and continuously. This spontaneous cutting edge generation effect is distinctive.

Figure 4 shows the case example of BK7 optical-glass substrate (Φ150) polished by a single-side surface polishing machine. The agglomerated abrasive grain film is attached to the surface plate of the polishing machine, where 200 ml/min. of demineralized water is supplied. The optical mirror plane below 30nmRt was achieved from a initial roughness of 2µmRt without exchanging the film.

If the cohesive force, the distinctive characteristics of this technology, is controlled properly, we can generate spontaneous wear of grain before causing deep scratches. In so doing, the application of mirror finishing can extends also to elastic materials and is not limited to hard optical glasses.

Figure 5 shows several different grain varieties of which cohesive force is controlled. By weakening cohesive force a little, this approach can be used to descale the water scales on the mirrors. Beside descaling, it can also remove small scratches, renewing the shabby looking mirrors into shining new articles. Still weaker the cohesive force, it can be used to clean the tap on which lime scale is attached as a metal polisher. A further weaker cohesive force, then it can be applied to polish off the yellow tints of a deteriorated car headlight as a resin washer.

Figure 6 shows the sharpness improvement of the reflected images of the fluorescent lamp in a case example of the acrylic resin coating layer (clear coat) polished by agglomerated abrasive grain film. Since the surface waviness is removed without deterioration in roughness, the coating layer is smoothed to a mirror surface, with high gloss in appearance as a result.

Based on the unique characteristics shown above, removing the surface stains without causing coarse scratches to the base materials, it is believed that we can also apply this new technology to surface cleaning field from the precision polishing field. 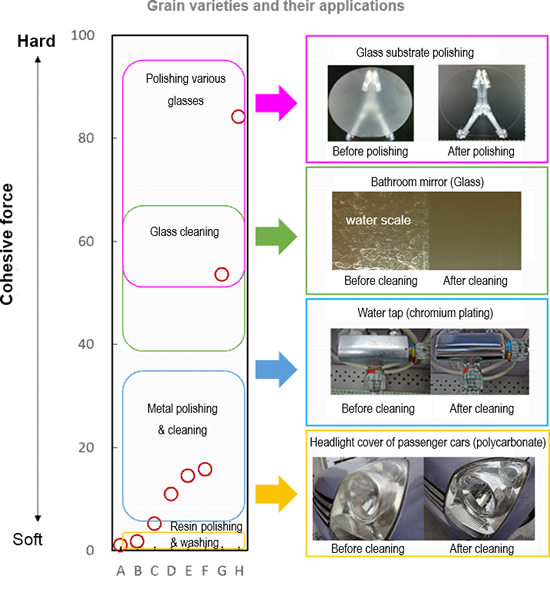 Fig. 5 Variety and their assumed applications of agglomerated abrasive grain

Fig. 6 Improvement of reflected image sharpness of the fluorescent lamp before and after the acrylic resin
coating layer (clear coat) is polished by agglomerated abrasive grain film.