Ricoh has developed high-speed, high-precision stereo cameras that can respond to varied industry needs. To do so, Ricoh combined its own calibration technology with parallax computation technology.

A stereo camera detects depth information of a subject using the parallax of two cameras aligned left and right.

To accomplish high accuracy of the depth information acquired by the stereo camera, optical distortion of the two cameras and misalignment of the two cameras caused by mechanical assembling or the like must be corrected; beyond that, the two cameras must be positioned in parallel.  Ricoh has succeeded in producing stereo cameras that are highly precise. Precision was made possible by synergistically integrating several technologies accumulated at Ricoh: optical technology that precisely evaluates optical characteristics, image processing technology that corrects the optical characteristics accurately, and packaging technology that enables high-precision assembly; the result is a proprietary calibration system.  Image processing and parallax computation processing are optimally installed on a chip inside the stereo camera. This makes it possible to output accurate three-dimensional information fast and in real time.

System automation is accelerating in industrial fields like factory automation (FA), logistics and security, and there is a growing need to acquire three-dimensional information automatically using cameras. Ricoh stereo cameras contribute to solving customers’ problems, providing a versatile three-dimensional vision that ensures accuracy and speed and can be assembled as a system. 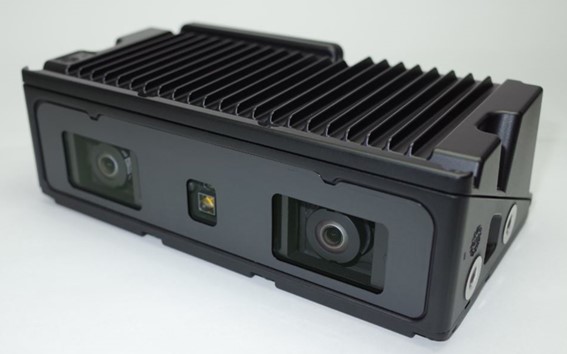 Components are stacked irregularly in a box and delivered to a factory. The components must be aligned on a belt conveyor one at a time for conveyance down the assembly line. At present, the components are placed on the belt by hand much of the time. However, automation by robot picking is called for (Fig. 3). To pick up the components automatically, a robot must accurately recognize the respective position of the irregularly stacked components. 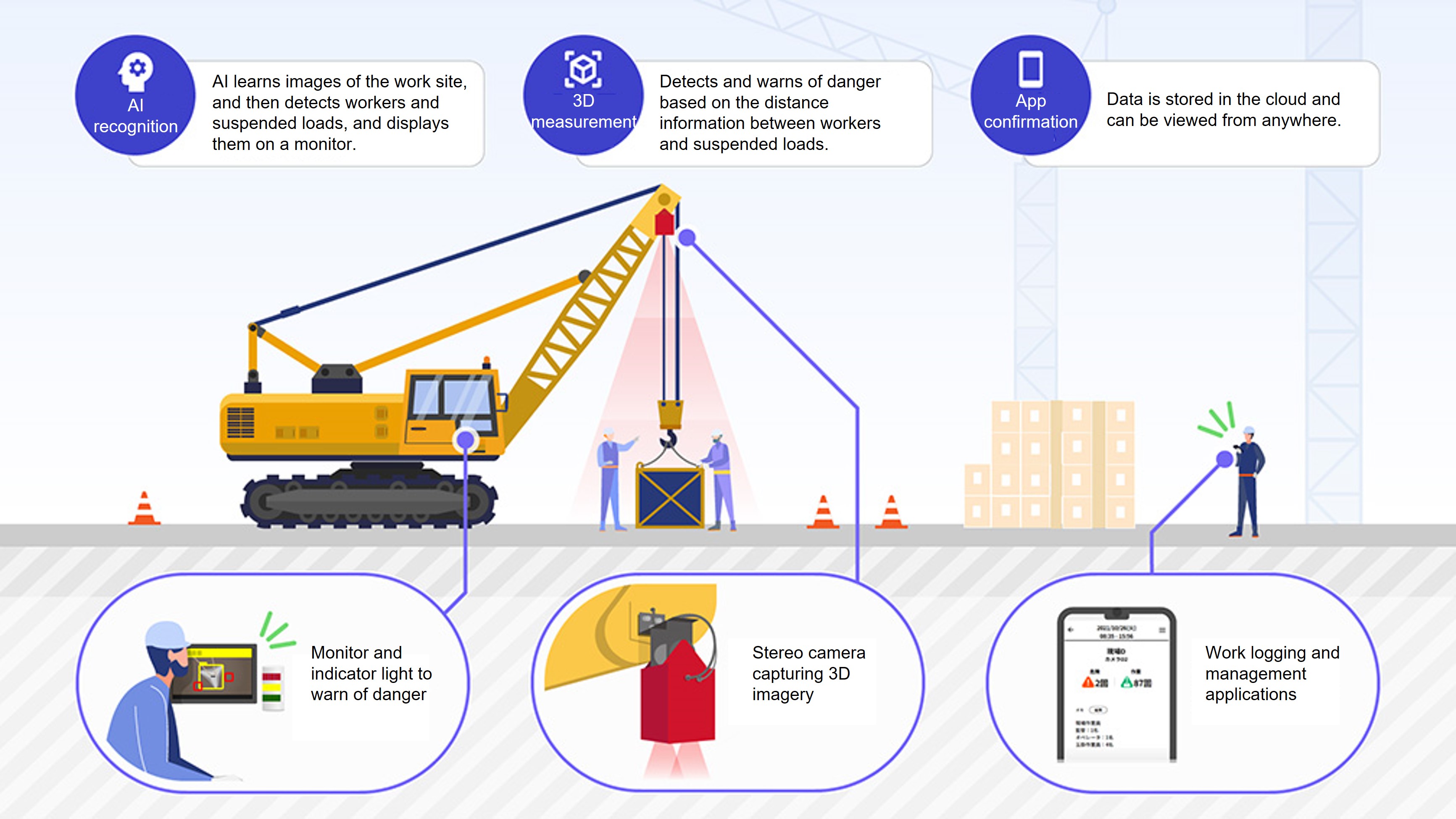 Ricoh's Next-Generation Machine Vision: A Window on the Future (PDF:13P/571KB)