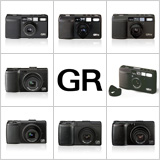 GR1 was first released in 1996 as a compact camera for professional photographers. It was highly acclaimed because of its appealing features that included a GR lens that achieved a superior level of edge-to-edge resolution, user-friendly configurations for shooting, and a magnesium die-cast chassis that was light and robust. Accordingly, this camera secured its position as a second camera for professional photographers. After this success, our cameras continued to evolve with the release of GR1s, GR1v, and GR21. In 2005, we released GR DIGITAL. This camera retains the conceptual features of the silver salt film camera GR1, such as GR lens, user-friendly grips, magnesium die-cast chassis, so that GR DIGITAL realizes usability as a "shooting tool". Starting from GR DIGITAL to GR II, III, and IV, we have achieved a "traditional evolution" by adding only modifications that are necessary and have strived to improve usability and camera performance. 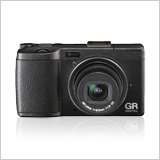 This camera is a thorough conceptualization of "traditional evolution", and it has achieved further development as a "tool for expression".
Features such as user-friendly grip positions and usability were not sacrificed. In addition to these features, it comes with a built-in AF sensor and image stabilizer. We were consistent in configuring a body form so that users can easily grasp and handle the chassis and the level of design was further enhanced. 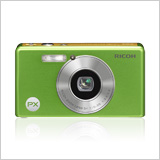 A compact digital camera with water, dust, and crash proof properties that can be used "whenever" and "wherever" and that helps makes every day a happy day. We designed this camera with an emphasis on its external design so that its compact size and simple form express a familiar sense of ease. Also, users' design preferences are reflected in this camera so that they feel attracted to it. 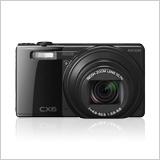 This camera features portability, usability, camera essentials, and advanced imaging so that the concept of "a tool you carry everyday" is realized. The simple grip design ensures both portability and easy handling. Also, the ADJ lever response times, ergonomic design, and other minor improvements have contributed to this camera's enhanced usability as a practical camera. 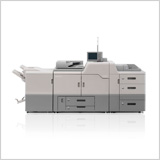 In addition to achieving the high quality and robustness that are appropriate for a production printer, we focused on "a universal design that provides accessibility for as many users as possible and is easy to use" and "operational reliability and safety" so that both concepts are realized. Accordingly, we achieved "operability for all users" rather than "operability for professional operators". We also strived to provide a design that is appropriate for a "professional machine" to achieve "zero downtime" so that user operations are never delayed. 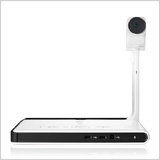 "Natural communication—whenever and wherever" is the concept of this system. It's a portable system that can be used for remote meetings in meeting rooms or spaces that do not have remote conferencing equipment. This system does not need to be connected a computer. It is designed for simple operability, so you just need to turn it on and select the other party to establish a remote connection. 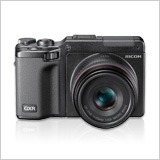 The basic concept of the GXR is “Photographing the entire world!”. The GXR is a compact digital camera system providing interchangeable lens capability. The design demonstrates the product potential and appeal of this camera system. As “a tool for the artist”, this system incorporates traditional proprieties of cameras and the feel of its series predecessors. The design of this new camera system also represents new potentials in photography, expandability, and possibilities. Our objective was to capture the evolution of digital camera culture.

The basic concept of the GXR is “Photographing the entire world!”. The GXR is a compact digital camera system providing interchangeable lens capability. The design demonstrates the product potential and appeal of this camera system. As “a tool for the artist”, this system incorporates traditional proprieties of cameras and the feel of its series predecessors. The design of this new camera system also represents new potentials in photography, expandability, and possibilities. Our objective was to capture the evolution of digital camera culture. 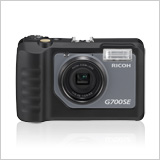 Our G700SE is an on-the-spot tool: it can be used for photographing construction or civil engineering sites or accident scenes (fires or other disasters). We designed this product to provide reliability and usability, so no circumstances would prevent photographers from using it. Based on feedback from on-the-spot activities, we intend to provide advanced features and satisfy the various requirements of digital camera users. 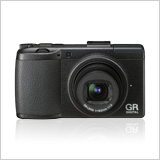 One element of GR series design is the concept of “legitimate evolution”. The GR DIGITAL III incorporates significant improvements, developments and enlargement in its lens, monitor, and other major elements. Despite such changes, the model retains the layout, form, and unit sizes of predecessor models.
To make it a convenient and favorite tool, we have designed the GR DIGITAL III with features inherited from previous models, producing an evolved design that has enhanced usability. 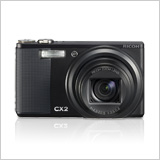 The CX2 is designed to be “a tool you will want to use every day”. Inside its very compact body is a 28 - 300 mm 10.7x optical wide angle zoom lens. We designed this product so amateur photographers would find it convenient, feel attached to it, want to carry it with them wherever they go, and use it indefinitely.
We did not prioritize “newness” but a material impression in keeping with our concept of “evolution as a tool”. To provide improved grip on controls while giving the model an appearance of materiality, we applied knurling to the front surface of the grip.