Back to [Energy Conservation / Prevention of Global Warming]

One focus of the Ricoh Group's CO2 reduction efforts is promoting innovation in manufacturing processes. Recent key initiatives include increased productivity in the manufacture of copier toner and thermal paper products as well as developing a technology for molding processes with an ultra-short cycle time and dry washing machines used in manufacturing processes for removing residue.
In addition, particular Group-wide efforts are being made to downsize production lines of manufacturing copiers and consumable supplies as an efficient energy-conserving approach. Downsized lines can reduce energy use not only for running manufacturing machinery, but for associated equipment, such as air conditioners and air compressors.

The Ricoh Group’s production system is spread in 4 global regions: Japan, the Americas, Europe, and the Asia-Pacific・China region. Around 1985, when introduction of OA equipment began to expand in Japan, Ricoh started mass production of imaging equipment such as copiers and printers, through the installation of automated control-based conveyer lines that considerably increased production efficiency. However, copiers subsequently acquired many additional functions, including printing, scanning, and network functions, and in response to diversifying customer needs there was a large increase in the variety of copier models, with the industry entering a period of high-mix low-volume production. The conveyer manufacturing system was suitable for low-mix high-volume production, but not for production equipment model changes or highmix low-volume production. In 1999, Ricoh began gradually eliminating fixed conveyor lines and introducing a layout-free production system capable of responding flexibly to production volume and equipment model changes. In an example of this, the “cart production line,” multiple carts are lined up in a row and powered by air cylinders. The carts move along the production line carrying products. Because huge, high-energy consuming conveyors are not required, this system has brought huge reductions in environmental impact and energy costs;* moreover, because the layout can be freely changed, the formation can be rearranged on a case-by-case basis to suit equipment models and production volumes. In-process inventory, lead time, space, and maintenance are all reduced by 70–80%. In addition, because of the reduction in space, reductions in air-conditioning and lighting costs are also achieved. This cart production line has been improved to be used as a model for introducing the layout-free production system in other production sites around the world.

Ricoh launches Reuse and Refill of Toner Bottles in India

Using the small-sized toner filling machine it has developed, Ricoh has conducted the reuse and refilling of toner bottles at places near to customers, and in August 2013 opened a new facility in Gandhinagar, Gujarat, in the west of India.
The system has been made possible by Ricoh’s own development of a small-size toner filling machine that saves on energy and space. Not only does this help to decrease new resources input through the reuse of toner bottles, the building of a new facility near to the source of consumption also contributes to CO2 reductions as it greatly reduces the distance the bottles have to be transported. Furthermore, this system, which could only have been developed by Ricoh, can reduce lead times, meaning that customers are not kept waiting for the products and the operational benefit of reduced inventories is also obtained.
Since Ricoh first launched the small-sized toner filling system it developed in-house in 2001, it has been expanded to four locations in Japan, to Thailand, China, Hong Kong, and now to India. The result of this is that it will now be possible to recycle part of the toner products at the point of consumption in India, products that hitherto had relied on imports.
The Ricoh Group will continue to consider expanding regional coverage on the basis of having ascertained local needs, including those of the emerging nations where there are fears about burgeoning environmental impacts. At the same time, we will increase our range of refillable toner products, and deliver to as many customers as we can toner products with as little environmentalimpact as is possible. 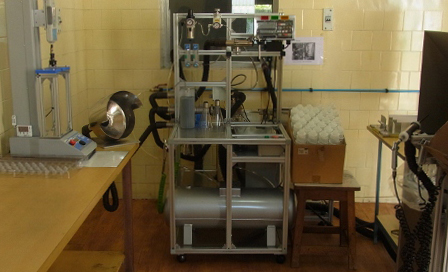