For use in Laser Ignition, Laser Processing Machines, and Sensing Applications

TOKYO, July 6, 2016 – Ricoh today announced that it has developed the High-Power VCSEL Module, an 808 nm range high-power fiber coupled semiconductor laser that can also be used in applications such as engine ignition.

With this latest development, Ricoh has increased the luminescence efficiency of the VCSEL elements. It has also achieved large-scale integration of the light-emitting channels and together they significantly boost the output power of the laser array. Furthermore, by improving the heat dissipation of the overall module, it is now capable of delivering the high energy output needed by the light source of the laser crystal in a laser ignition plug head. This type of plug head has been attracting attention as a means of igniting gas engines for power generation used in cogeneration systems and other equipment*2 (Quasi-continuous-wave (QCW) operation: 200W).

The standalone output of the VCSEL array is 310W, and with the fiber output module output is 200W, achieving unprecedented high output for a fiber coupled VCSEL module*3.

*1 VCSEL is a type of semiconductor laser device known as a surface-emitting laser. Compared with conventional edge-emitting semiconductor laser elements, VCSEL devices are easier to manufacture, handle and install. VCSEL devices benefit from increased reliability, because there are no malfunctions caused by damage to the surface by the laser beam, even in high output operation.

*2 This development has received partial assistance under the Program for Strategic Innovative Energy Saving Technology run by the New Energy and Industrial Technology Development Organization (NEDO). 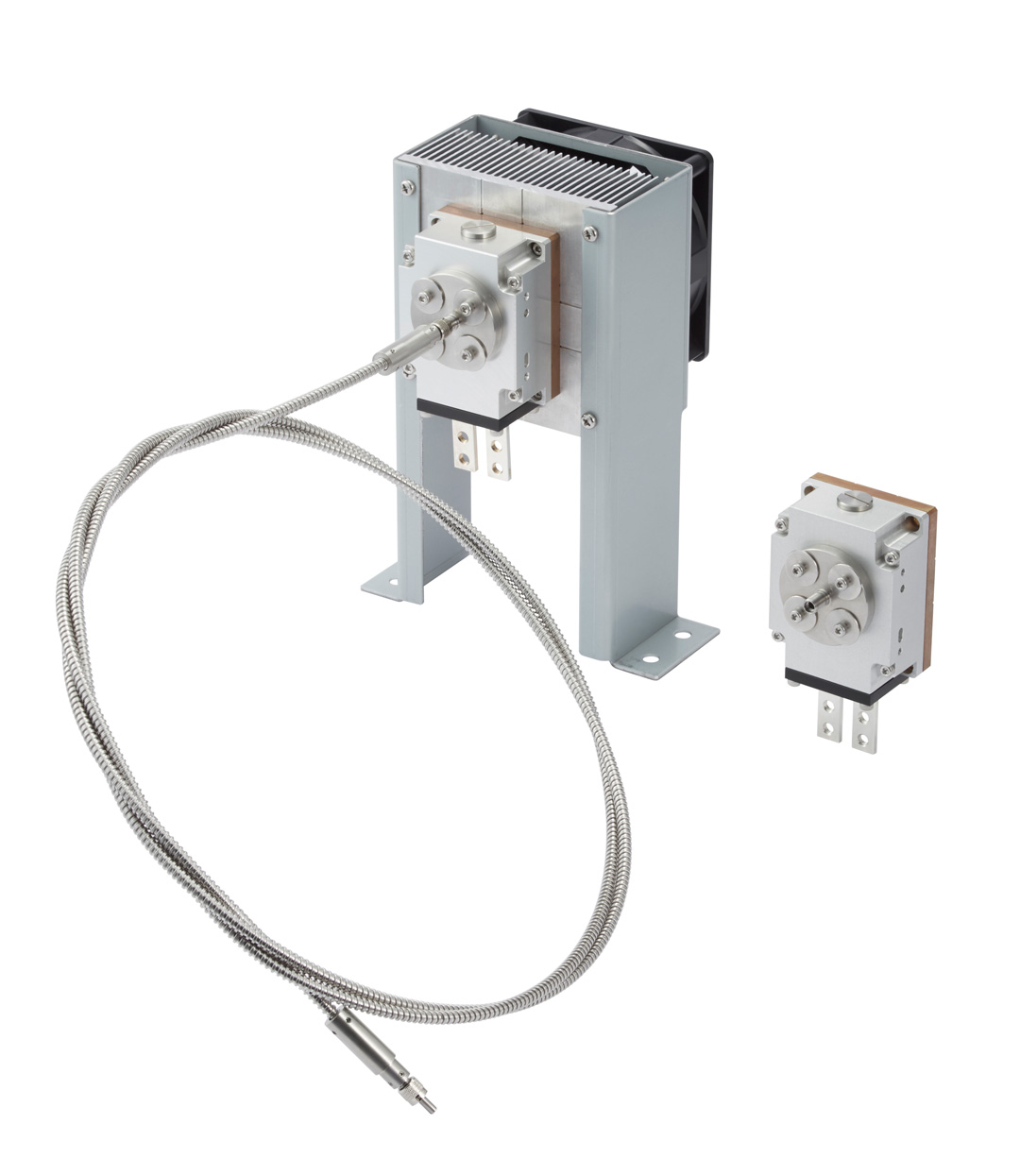