TOKYO, June 17, 2015 — Ricoh today announced that it made use of the Renewable Energy Certificate System* and covered the total power consumption of 1.8 million kWh at Ricoh Group companies in Japan and other countries with green power generated by natural energy on June 5, the United Nations World Environment Day. 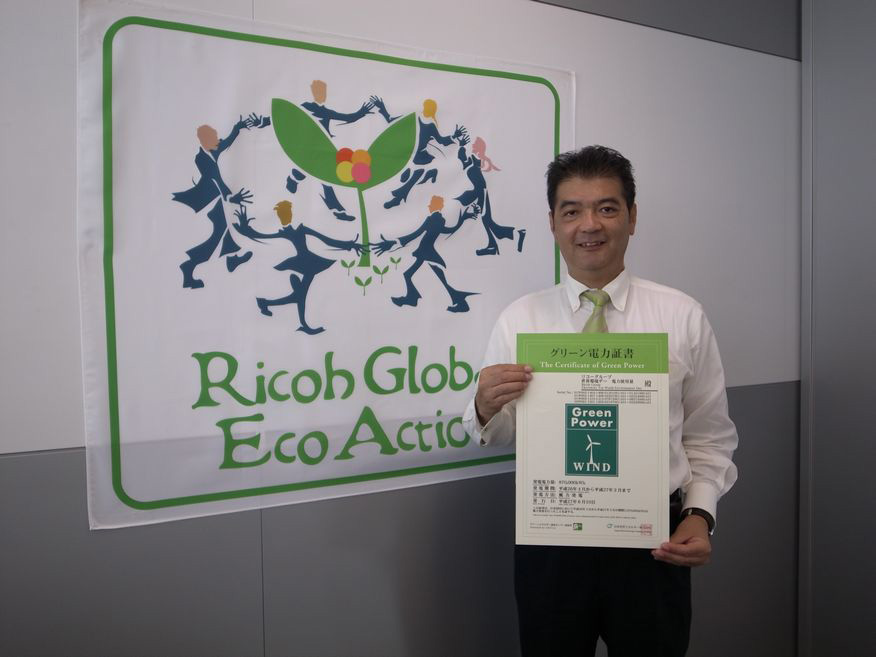 Through the use of the Renewable Energy Certificate that Ricoh bought from Japan Natural Energy Company Limited, the electricity consumed is considered as being supplied by natural energy. Ricoh has been using this system since 2010 to provide electricity for the Ricoh Black Rams night games of the Japan Rugby Top League. Last year, the system was used to cover power consumption by Ricoh Group companies in Japan on the United Nations World Environment Day. This year marks the first time the system has been used globally.